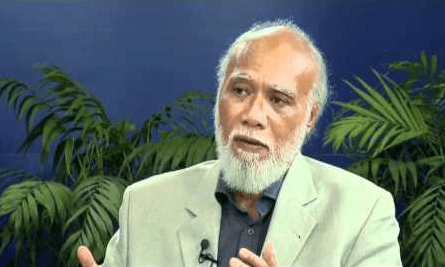 TONGATAPU 3 constituency MP has called on Government to submit a motion for an order for a parliamentary committee to address the ongoing problems of the water system.

Dr. Sitiveni Halapua brought this to the Legislative Assembly’s attention last Monday following a plea from ‘Eua Noble Representative Lord Nuku for Government‘s action on the continued muddy water condition faced by the islanders when it rains.

Halapua said the issue had been repeatedly raised in the House yet no clear policy is in place to deal with the problems.

Dr. Halapua added the water supply system is an ongoing problem shared and reported by other MPs from different areas in Tonga including his constituency.

Hence he called on Government to produce such a motion for an order to allow for a parliamentary committee to operate.

“They (Parliamentary Committee for Water) can oversee all complaints and concerns relating to the problems of water supply in ‘Eua, other places in Tonga including my constituency,” explained Dr. Halapua.

He further explained the committee would then work to address the urgency of such matter. At the same they can report back to the House and take further action to alleviate the problem.

In response, the Deputy Prime Minister Hon. Samiu Vaipulu said Government in the past had direct involvement in running those public enterprises’ statutory boards. However he added it is no longer the case today.

The Hon. Deputy PM also pointed out it was Parliament’s decision that approved past Government’s policy allowing the statutory boards to operate freely and Government has no control interest in its operation.

Hon. Vaipulu added that Cabinet is slowly working to revert the situation for the benefit of the people.

“It is an easy task to revert the situation but the Public Enterprises Act must be amended so Government can some control interest in those statutory boards.