Speaker of the Israel Knesset to visit Tonga on the 7 of April, 2011 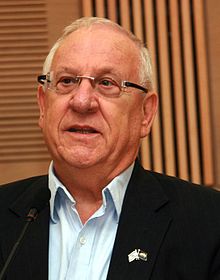 Hon. Reuven Rivlin will call on the Speaker of the Legislative Assembly, Lord Lasike at the Parliament Office before an audience with His Majesty King George Tupou V at the Consular House at 12pm on the same day. The Speaker will also call on the Acting Prime Minister, Hon. Samiu Kiuta Vaipulu before presenting Diabetes Supplies donated by the Government of Israel to the Ministry of Health at 3pm.

Hon. Rivilin will be accompanied by MK Maim Katz, Chairman of the Labor, Welfare and Health Committee and Members of the Israel-New Zealand Parliamentary Friendship Group.

Mrs. Mira Ratzabi the Director of the Foreign Affairs Department.

Mr. Harel Tubi the Senior Adviser to the Speaker of the Knesset.

He will also be accompanied by H.E Mr. Shemi Tzur Israel’s Ambassador to Tonga and Mr. Ron Raab the Chairman of Insulin for Life who is based in Canberra.

The Speaker and his touring party will depart Tonga on the same day at 11:55pm.