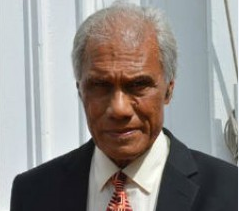 Pohiva is the first commoner to become Tonga’s PM under the new political reform that was implemented in 2010.

Lord Tu’ivakano won the hearts of 15 MPs while 11 voted for Lord Tu’i’afitu and he became his Deputy.

Meanwhile the House is scheduled to reconvene on January 20 that is within six weeks after the return of election writs to the King.

The new PM and the rest of MPs will take their oath before the Legislative Assembly.