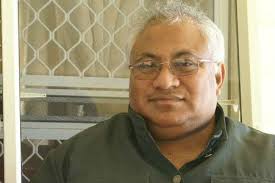 MEMBERS of the Legislative Assembly this morning observed a one minute of silence to show respect for the passing of former MP, His Serene Highness Prince Tu’ipelehake.

The Speaker of Parliament, Lord Tu’ipelehake informed the House that his Highness passed away at Vaiola hospital last Saturday, June 15, 2014.

The Chair of the Whole House Committee Sunia Fili also send out condolences to family and loved ones for the death of former comrade, his Serene Highness Prince Tu’ipelehake.

Meanwhile information from his Serene Highness family says he passed away at 57 years of age.

His wake will be held at the Free Wesleyan Church of Pelehake Thursday night (June 19th) to be followed with a memorial church service Friday morning.

The deceased will be laid to rest at ‘Atuli cemetery at Pelehake.

His Serene Highness succeeded the hereditary noble title Tu’ipelehake in 2006 after his older brother late Prince Tu’ipelehake ‘Uluvalu and wife Kaimana died tragically in a car crash in the United States.

He had served as a Noble Representative of Tongatapu from 2006-2007.

His Serene Highness was elected as a Noble Representative for Ha’apai from 2008-2009 before he was appointed a Cabinet Minister for Agriculture, Fishery & Nutrition in 2010.

Prince Tu’ipelehake is a noble estate holder of Pelehake and ‘Alakifonua in Tongatapu, Vaihoi in Vava’u and Foa in Ha’apai

Prince Tu’ipelehake (57), born Viliami Tupoulahi Mailefihi Tuku’aho, is first cousin to His Majesty King George Tupou VI and is the youngest son of the late Prince Fatafehi Tu’ipelehake who passed away in 1999.

Taimi ‘o Tonga online reports that he was first married to Mele Vikatolia Faletau in 1983, whereby he was stripped his rights to succession and his title of “Prince,” for marrying a commoner. In 1996 he remarried former beauty queen Ma’ata Mo’ungaloa then to ‘Ene’io Tatafu, whom he recently divorced.

His Serene Highness is survived by wife Fifita Holeva Tu’iha’angana, sister of Lord Tu’iha’angana whom he married to for the fourth time in January 2011.