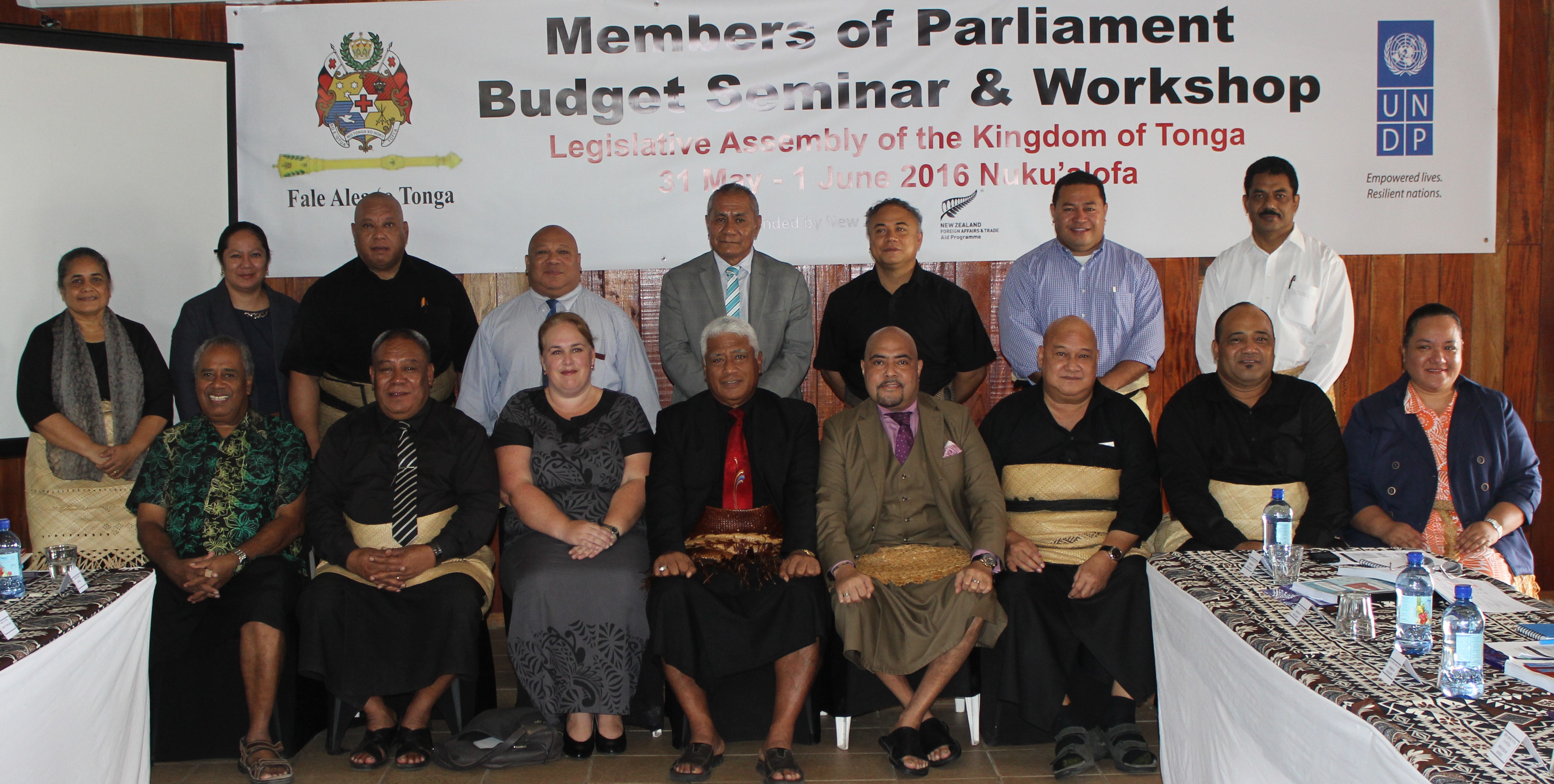 The Lord Speaker of the Legislative Assembly today opened a two-day Budget Seminar for the Honourable Members of Parliament to strengthen the effectiveness of members’ oversight and scrutiny roles in relation to the annual national budget and estimates.

It is envisioned that by the end of the two-day event, the scrutiny carried out by the Members of the Legislative Assembly will contribute to a budget that better meets the needs of the country and helps to safeguard financial stability.

In his opening remarks, the Lord Speaker Tu’ivakano thanked the Honorable Minister of Finance and National Planning and his staff for their tireless efforts which ensured the early submission of the Budget to Parliament this year.

He was optimistic that this will allow Members ample time to revise the Estimates so they are able to debate on budgetary policies, review executive performance and monitor progress from the last financial year, before the 2016/17 Annual Budget is promulgated.

Each session has been designed to enhance knowledge of the Budget documents, Budget process, budget cycle and their relationship with the Government’s Strategic Development Framework.

Today’s session focuses on helping parliamentarians understand their statutory roles in relation to the Budget and also its intentions. The sessions designed for day two aims to assist members to provide effective scrutiny of the budget and audit reports.

It is being made possible by the New Zealand Government through New Zealand Aid, working in partnership with the United Nations Development Program.

The Deputy New Zealand High Commissioner to Tonga, Ms. Adele Plummer says this program is made possible as part of a NZD $3 million grant provided by the New Zealand Government for the Pacific Parliamentary Effectiveness Initiative. It is being implemented by UNDP to support the Parliaments of Tonga, Solomon Islands and Papua New Guinea.

It runs until tomorrow June 1, 2016 at Davina House in Nuku’alofa, prior to the State Opening of the Legislative Assembly on Thursday, June 2nd, 2016.