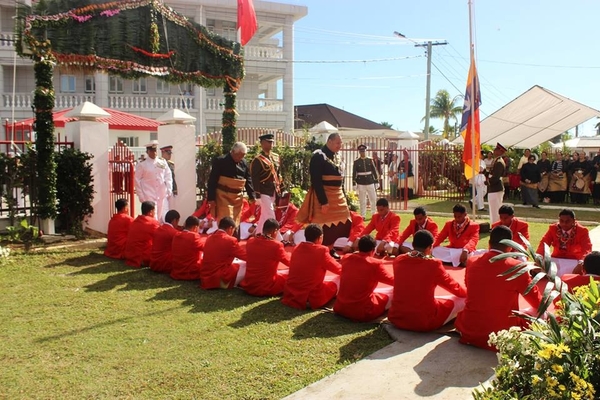 His remarks came when he officially opens the parliamentary session for 2017/2018 today.

He says since the last parliamentary term Tonga continues to face these major challenges which are somehow related.

To overcome these obstacles he suggested the country needs to collaborate starting from individuals, the community and at the national level.

In health matters, Tongans can help themselves by eating and living healthy. He suggested local food as best food choice and healthier for consumption. He also advised government, they should further develop both the agricultural and fishery sectors as well as the tourism industry.

The King also mentions that taking a national approach through the community and educating them on epidemic outbreak can make a difference.

At the national level the King maintains that government can help but within its own budget.

On political matters, his Majesty also reminded the public of their duty to convey their interest to the MPs, including both the People and Noble Representatives. Even to do after the general election for MPs act on their behalf.

The King says it’s vital that government consider its spending to focus on people’s health, education and efforts to further boost our economy.

He also acknowledges the great job by China, we all now have witnessed in the construction of the St. George Government building.

The King also thanked the continued support of foreign donors including the Governments of Australia, Japan and the People’s Republic of China, the European Union as well as international donor agencies for their contribution in building our country.

He concludes by wishing MPs a fruitful discussion for a better Tonga as a whole.