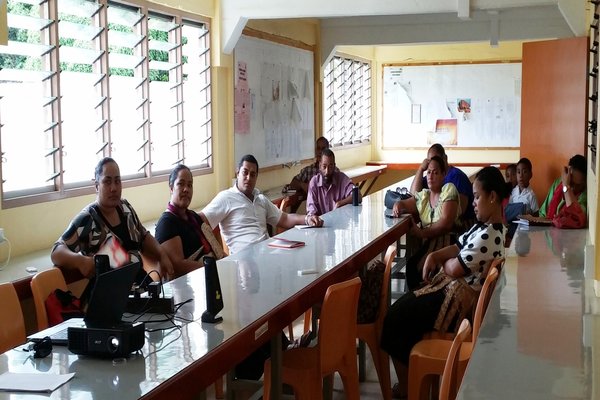 The reason behind this is for students to get exposed and know more about the work of Parliament.

Deputy Principal Sēkona Taufa confirmed this with the Education Officer of the Legislative Assembly, Manase Foukimoana after the parliamentary outreach program to Tailulu yesterday.

The Parliamentary Education Unit briefed 10 Tongan Society and Culture and Tongan teachers including the two deputy principals on the role and functions of Parliament and also information on the political reform implemented in 2010.

“Teachers and even the two deputy principals of Tailulu were misinformed about the role and functions of Parliament, therefore they want to learn more about the new system of Government,” said Foukimoana.

The ongoing public awareness programme is to further broaden students’ and teacher’s knowledge and understanding about Parliament.

To date, the Parliamentary Education Team has so far visited four secondary schools during its 2015 outreach program.

On Wednesday, they visited Tonga College ‘Atele (TCA) and Tupou High School at Vaololoa. Foukimoana reports the school visit started with highlighting of new MP’s that were elected into Parliament in the last November election and  members of the new Cabinet and government. 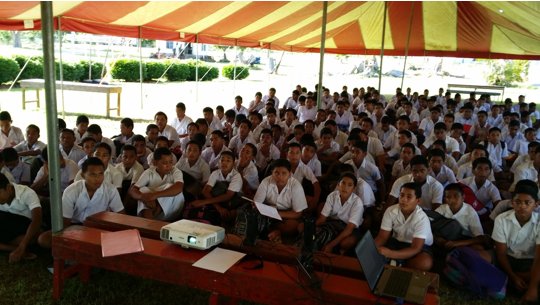 It was noted from previous years’ outreach programme both students and teachers were unaware of what and who was involved in politics.

During the outreach program last year the Education Team noted a few errors in the school’s syllabus of forms I and 2 Tongan Society and Culture subject. Hence, the team worked in collaboration with the Ministry of Education in conducting site visits to both secondary and primary schools throughout Tonga to provide accurate information about Parliament.

This year’s programme focuses more on forms one, two and five because of the Tongan Society and Culture subject taught at form 2 and the IA in the Tongan Study subject for Form 5 students which focuses on Government and Parliament. 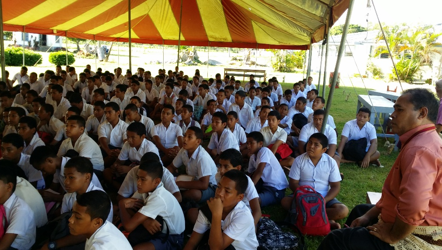 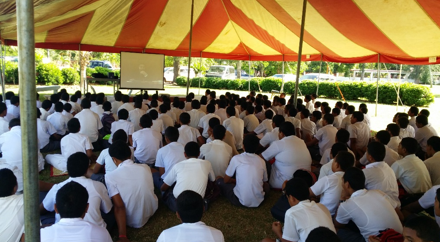 The outreach programme includes briefing session with students and teachers about Parliament and a video presentation. 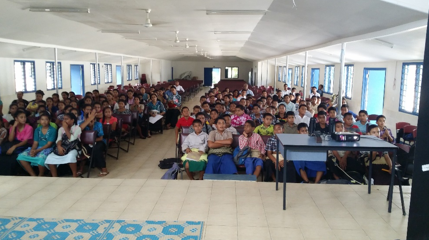 Photos (above & below): Tupou High School forms 1, 2 & 5 students and teachers 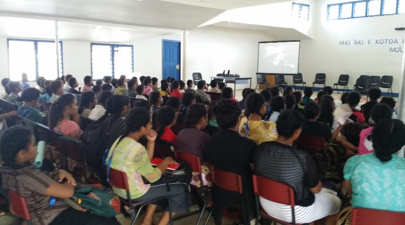