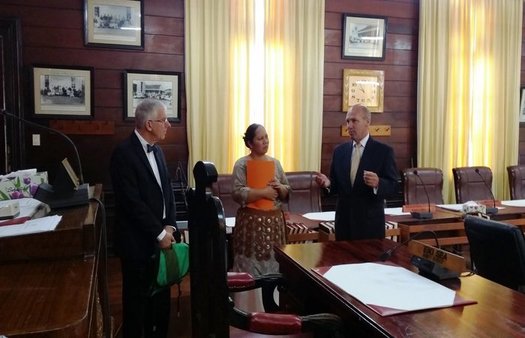 This is part of the Senator’s three day tour of the Kingdom.

The Senate Leader is interested in enhancing parliament to parliament working relationship between Tonga and Australia. 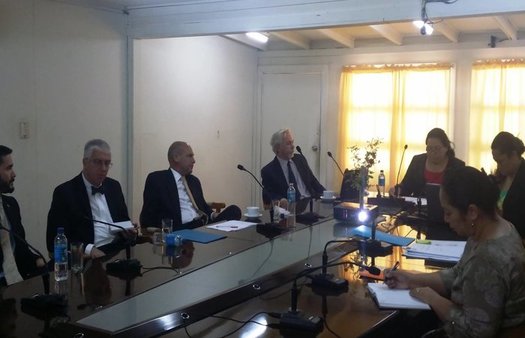 The Senate President also met with the Clerk of the House, Gloria Pole’o and the Chairman of the Whole House Committee, Semisi Sika. During his meeting with the Clerk, Hon. Stephen Parry received a number of presentations on the operations of the Office of the Legislative Assembly, the parliamentary committee system, the legislative process and public outreach programmes provided by the staff of the Legislative Assembly. This visit also provided an opportunity to share with the Senator the assistance to the Legislative Assembly from the Australian Department of Foreign Affairs and Trade that is managed by UNDP through the Tonga Governance Strengthening Project as well as other assistance received through twinning arrangements with the South Australian Parliament and the Pacific Parliaments Fund.