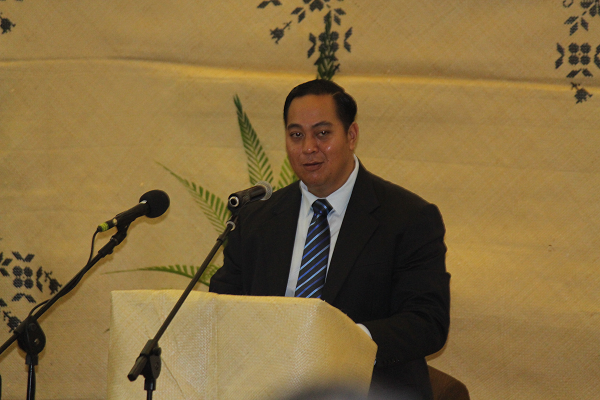 The foundation upon these pillars stand is love, kindness and care. These have been the source of strength and survival for Tongan culture and society as well as being concepts that inspire the Legislative Assembly of Tonga and parliamentarians to aspire to.

His Royal Highness Crown Prince Tupouto’a ‘Ulukalala makes these remarks when he officially opens this morning the 47th Presiding Officers and Clerks Conference (POCC) at the Fa’onelua Convention Centre.

He told more than 70 Presiding Officers and Clerks from 10 Pacific islands including Australia and New Zealand to share these values that were created and envisioned for the people of Tongan by the late King George Tupou I.

He says as leaders of national parliaments, they are being entrusted with a heavy and crucial task to ensure that Legislatures are effectively carrying out their constitutional mandates. While at the same time oversee the performance of its MPs and parliamentary staff.

The theme for 2016 POCC conference is “Navigating together the challenges for modern Parliament.

On that note, HRH Crown Prince urges participants as they actively discuss the challenges of their Parliaments face, to consider embracing these Tongan pillars of love, respect, humility, reciprocation and patriotism not only in themselves but also in their roles as parliamentarians.

“As a Pacific family … I am positive that these will be a huge first step to overcoming a lot of the challenges they face.

…However I am very confident that as captains of your ships, you will navigate together to achieve modern, influential, relevant, strong and effective Parliaments that strive for the collective benefit of our Pacific people,” says the Crown Prince.

His Royal Highness was also optimistic that this meeting will provide opportunities for sharing knowledge and best practices that will help build, develop and sustain our Pacific Parliaments.

In his welcoming speech, the Speaker of the Legislative Assembly of Tonga, Lord Tu’ivakano reminded participants they are responsible for steering their Parliaments in the right direction for navigating through both familiar and unfamiliar waters.

“We are responsible for ensuring our Parliaments carry out their Constitutional functions,” says Lord Tu’ivakano.

The Speaker says the call for parliamentarians to represent, legislate, scrutinize, account and to be transparent is increasing, especially with the advancement of democracy and the demand for good governance is on the rise.

Therefore he asserts MPs the survival and strength of parliamentary democracy depends heavily on their ability as Presiding Officers and Clerks to meet challenges and to adapt to changes.

Lord Tu’ivakano says national parliaments have the benefit of strong networks, information at their own fingertips provided throught the improvement of technology, evolving knowledge and a wealth of good and best practices. According to the Speaker this helps their respective parliaments to create institutions that thrive and remain relevant in a world of complexities, changes and challenges.

Meanwhile the Secretary General of the Commonwealth Parliamentary Association (CPA) Mr. Akbar Khan reminded MPs that Parliament is the key pillar of any functioning democracy. He says in fact, it is difficult to imagine what kind of democracy can exist without an effective Parliament that scrutinises governments and ensures transparency while promoting good governance.

“Parliaments serve as powerful agents of change sitting as they do at the centre of a network of accountability that reaches into the Executive and other branches of government, the political party system and to the public.

As such, a country’s Parliament must not be an exclusive and remote institution removed from its citizens but rather at the heart of society, accessible and accountable to all amplifying public voices so that government reflects the priorities of the people,” explains Mr. Khan.

At the same time, the Deputy Speaker Lord Tu’i’afitu acknowledges that although most Legislatures are changing and transitioning, one thing remains constant, that is our people counting on Parliaments and MPs to have their voices heard at the decision making level. 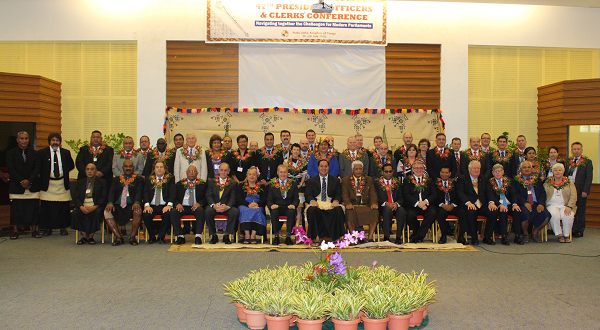