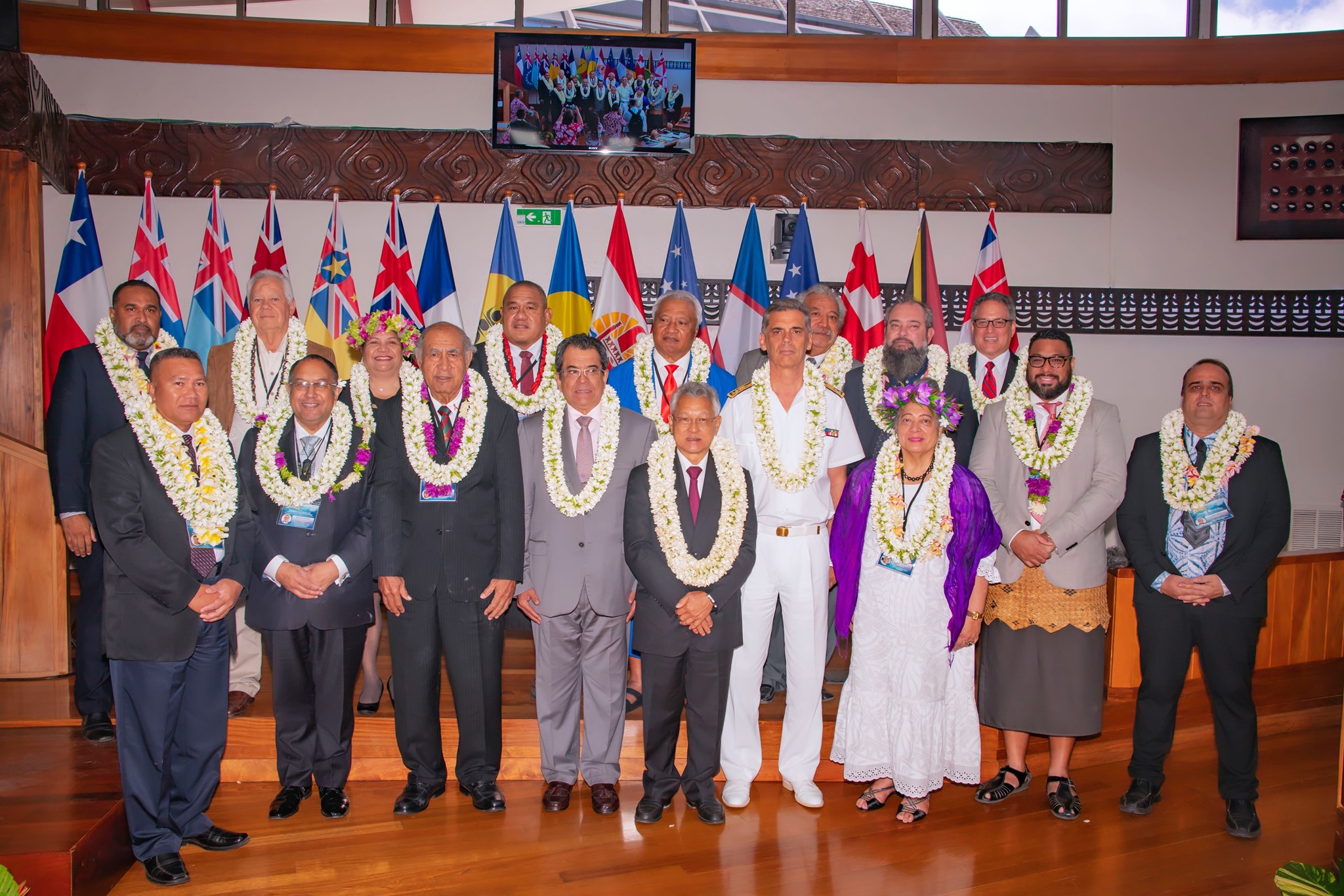 The President of the Assembly of French Polynesia H.E. Gaston Tong Sang asked Speakers and Members of Parliament from 14 Pacific countries who took part in the Conference to observe a minute of silence in honour of Tonga’s late Prime Minister, Hon. Samuela Ákilisi Pohiva.

In the final day of the Conference H.E. Gaston Tonga Sang conveyed to Lord Fakafanua, Speaker of the Legislative Assembly of Tonga, the President and the people of French Polynesia’s heartfelt condolences for the loss of a great leader and statesman.

Lord Fakafanua was representing the Legislative Assembly of Tonga to the Conference of Pacific Group of Islands on the theme “The Sustainable Blue Economy.

The Speaker, Lord Fakafanua has also cancelled other overseas official engagements including the 64th Commonwealth Parliamentary Conference that was due to be held in Uganda in order attend the funeral. Lord Fakafanua is currently in Auckland, New Zealand where he is expected to accompany the Late Prime Minister’s body to Tonga on Tuesday.