Condolence call at the Japanese Embassy Office in Nuku’alofa by Lord Vaea, Hon. Chairman of the Whole House Committee of the Legislative Assembly of Tonga

12 July 2022 – Lord Vaea represented the Lord Speaker and the Legislative Assembly of Tonga in a condolence call at the Japanese Embassy’s Office in Nuku’alofa, following the untimely passing on 8 July 2022 of Mr ABE Shinzo, Former Prime Minister of Japan and a towering figure in Japanese politics and diplomacy. 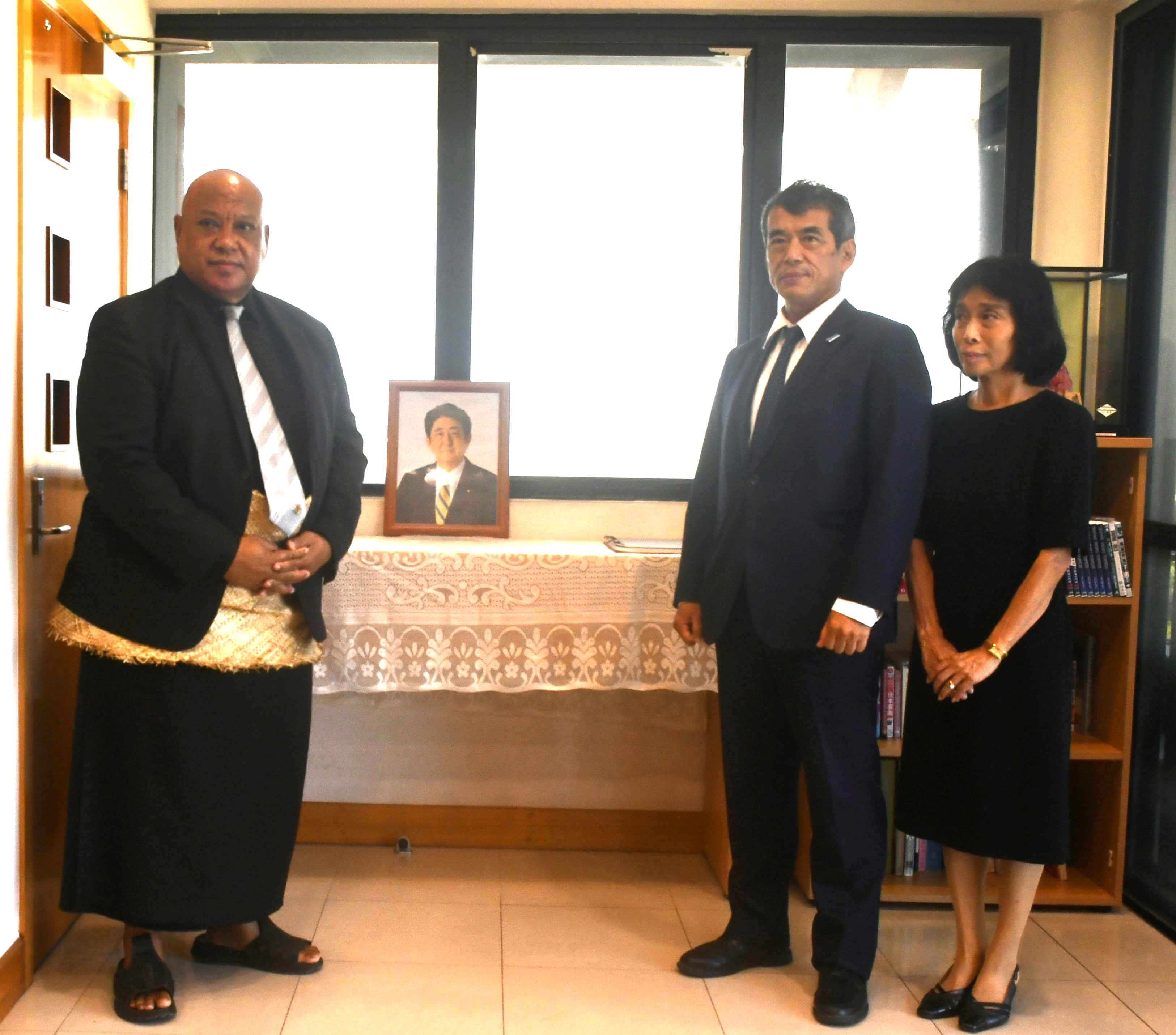 The Honourable Chairman was received by Japan’s Ambassador to Tonga, H.E Munenaga Kensaku, to whom he conveyed on behalf of Lord Speaker Fakafanua and Members of Parliament, profound respect and deepest condolence to the bereaved family of Mr Abe, Members of the National Diet of Japan, and the people of Japan. Throughout the tenure of the late Mr Abe’s historic premiership, he championed the efforts to elevate Japan and Tonga’s relations to where it is today, with monumental contribution to our people’s prosperity across all walks of life, in education, health, infrastructure, energy, climate change and more. 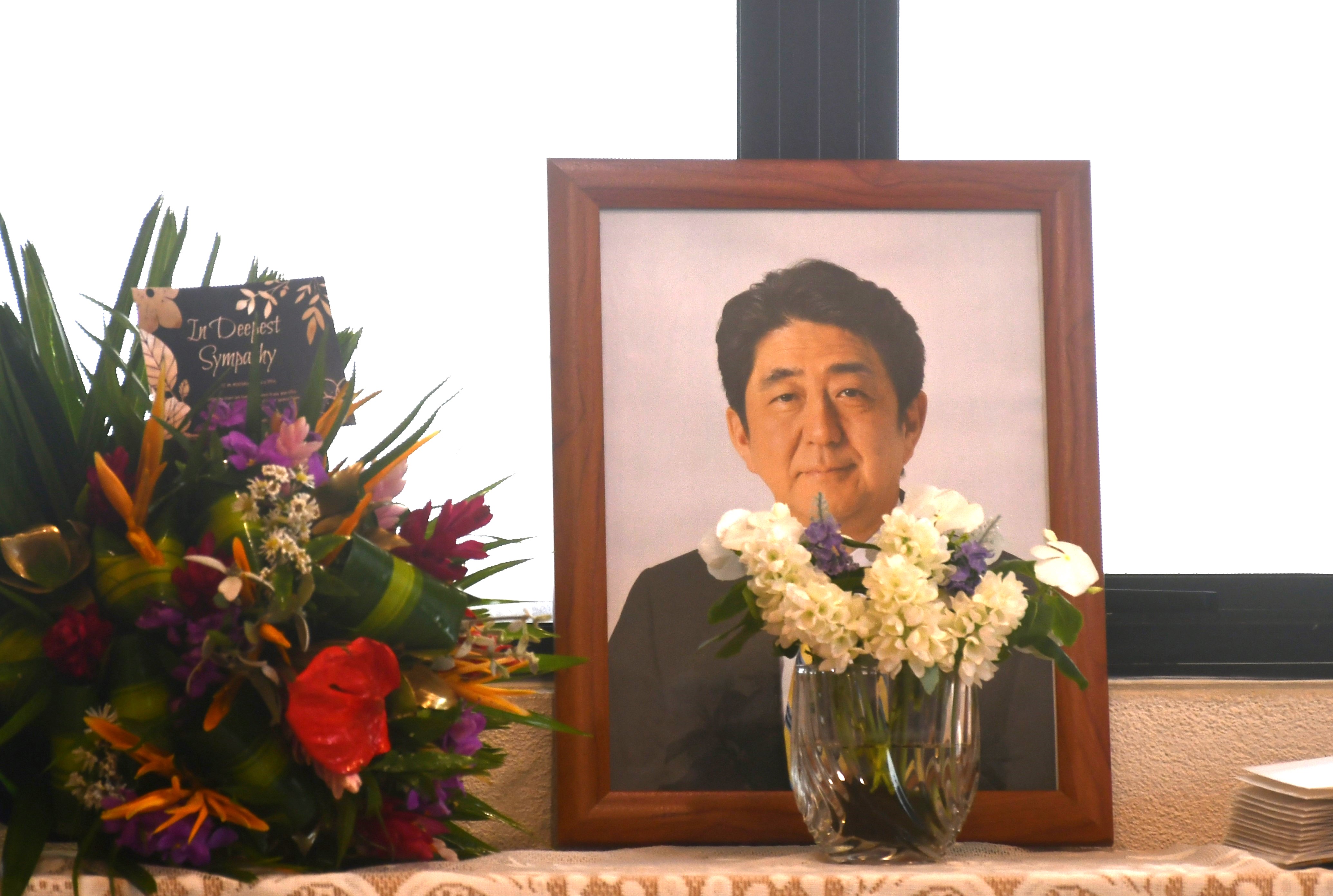 Official condolence letters addressed to the President of The House of Councillors of Japan, and also to the Speaker of the House of Representatives of Japan were also presented by Lord Vaea to His Excellency for onward conveyance to the respective heads of the Upper and Lower Houses of the National Diet of Japan. 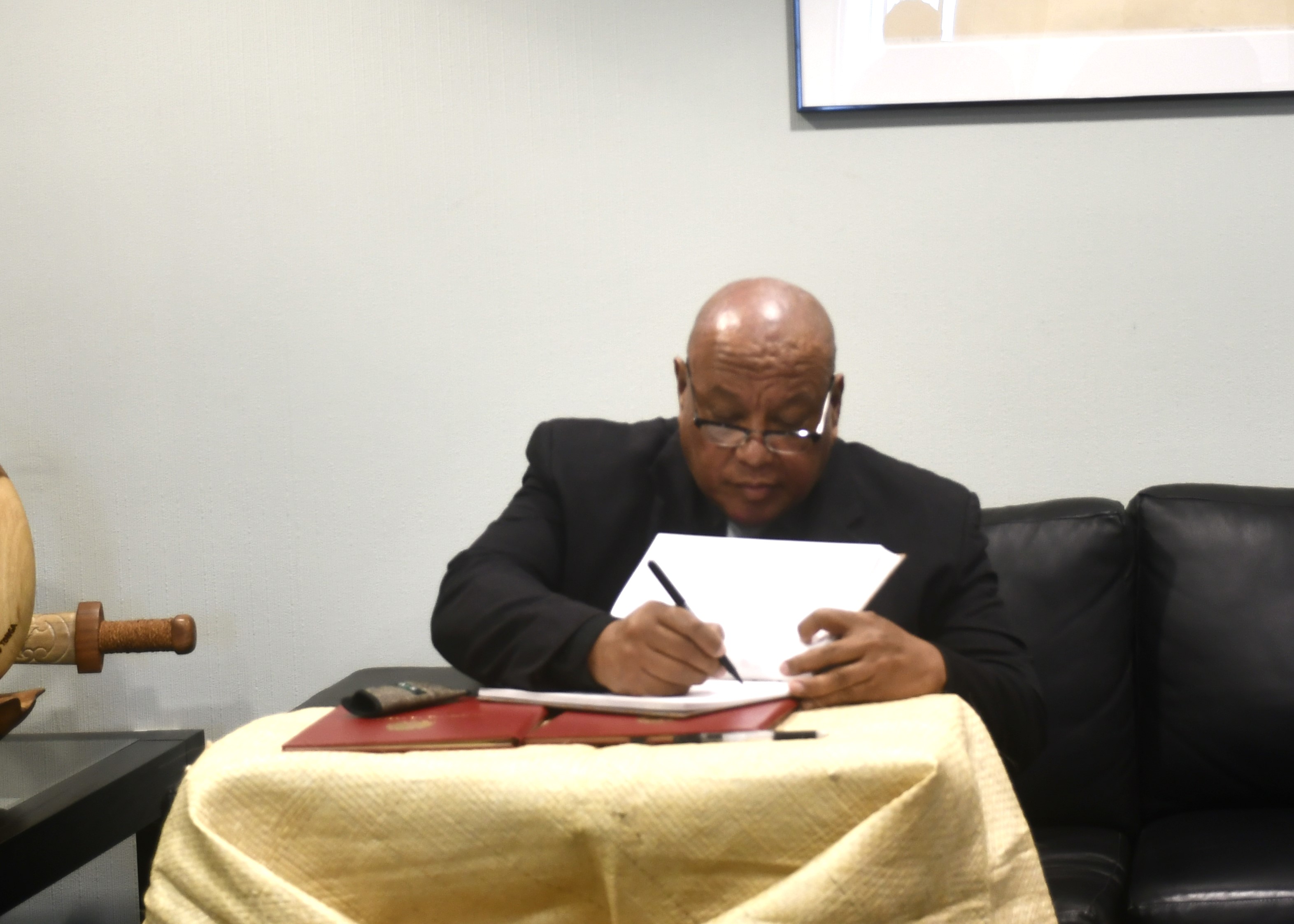 The Legislative Assembly of Tonga and Japan’s National Diet has maintained working relations over the past decades. Members of the National Diet of Japan contributed funds that went towards the disaster relief following the volcanic eruption and COVID19 efforts in Tonga earlier in the year. The relationship between Japan and Tonga’s legislatures is further strengthened through the Asia Pacific Parliamentary Union (APPU) - an union of national groups of parliamentarians from Asia and the Pacific who work together to promote “achieving and preserving freedom and democracy, thereby securing peace and prosperity in Asia and the Pacific”. 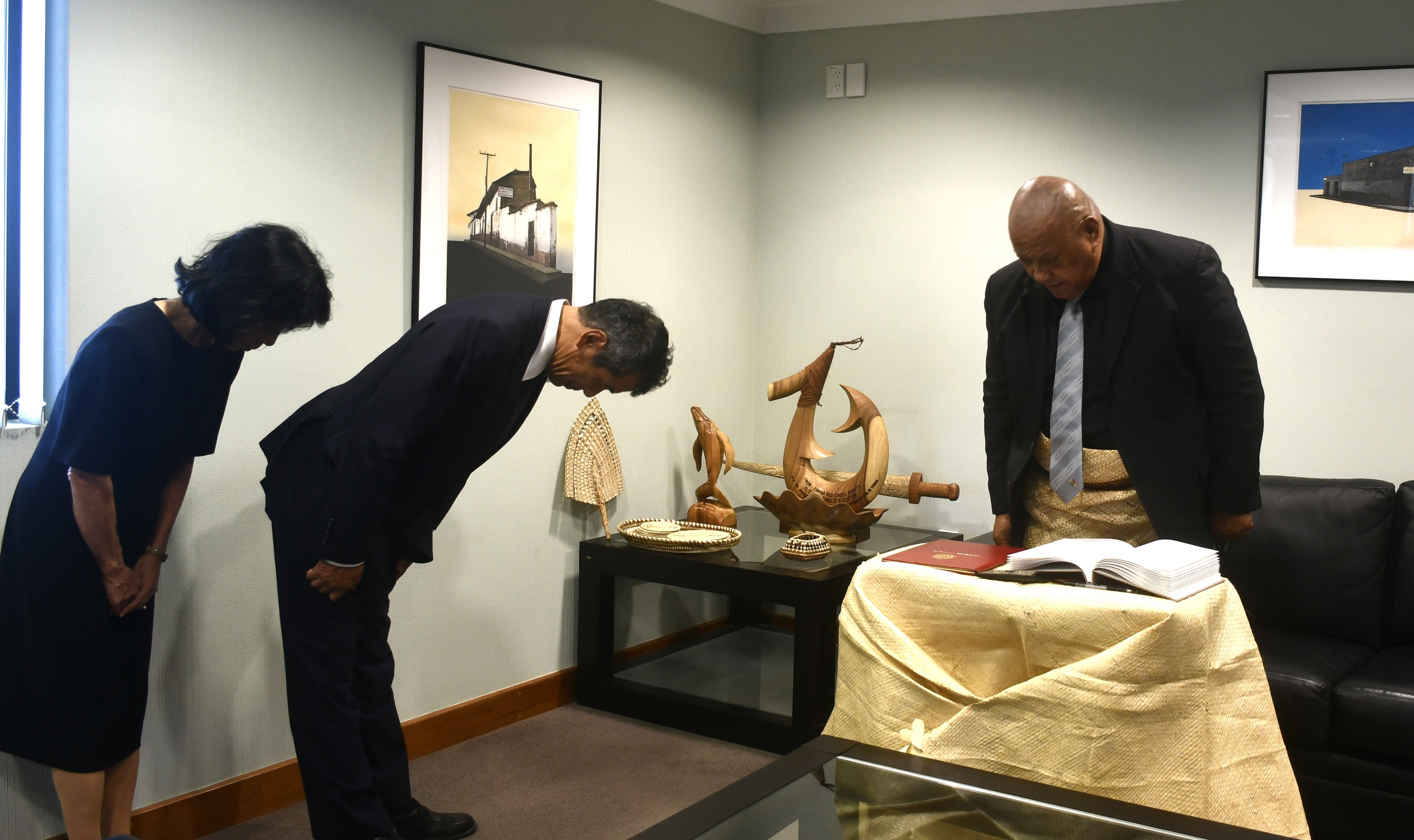 Mr Abe is remembered by Members of the Legislative Assembly of Tonga as a transformational and exceptional leader, who will be remembered fondly as a loyal friend to Tonga and the Pacific Region.