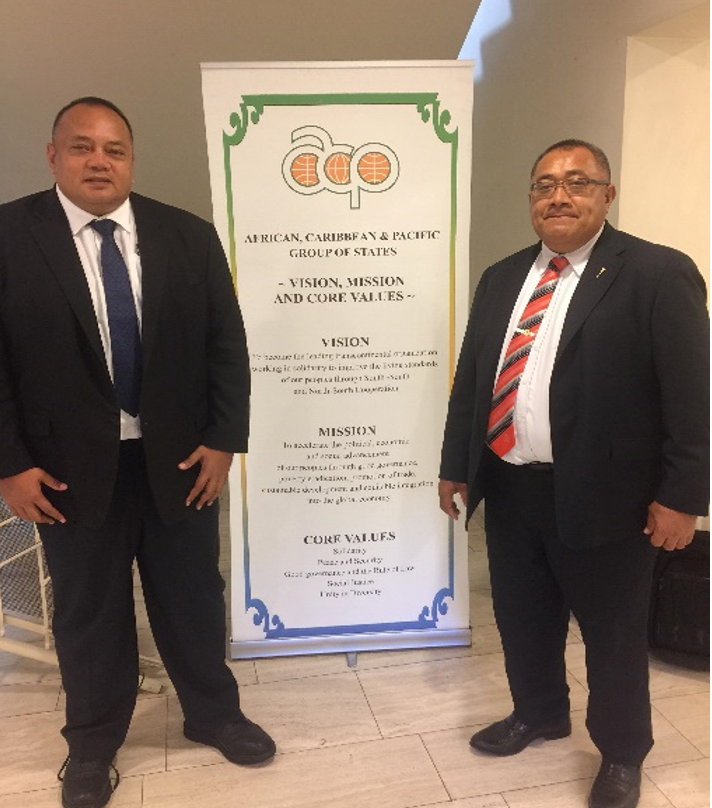 The Deputy Speaker, Lord Tuilakepa, and People’s Representative of Tongatapu 3, Hon Siaosi Sovaleni, represented the Parliament to the above meetings. 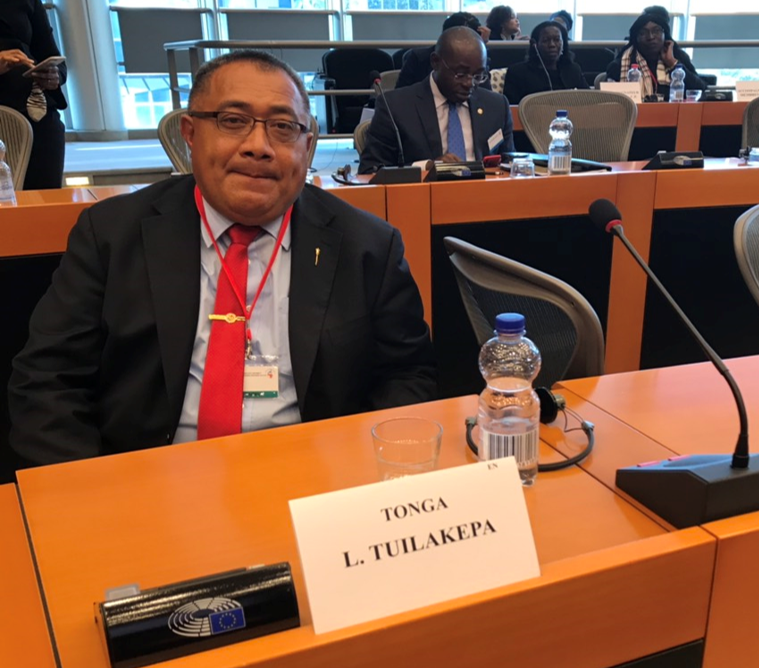 According to Lord Tuilakepa, it is important to be represented at these key Parliamentary meetings to make sure that we have a say in the priorities of these institutions and to be updated on key issues such as EPA, Climate Change and post-Cotonu agreement.

The Assembly is the ACP Parliament with members from 79 countries. The Joint Bureau members are representatives of ACP and EU countries and one of their key roles is to determine proposals from ACP for consideration by EU Parliament.

Hon Sovaleni said that the fight against cybercrime and the use of technology to facilitate drug trafficking and other crimes was a major concern to ACP countries. He added that ACP countries should consider joining the Council of Europe’s Convention on Cybercrime, commonly known as the Budapest Convention as this is the only international convention specifically addressing cybercrime.

Tonga also supported the resolution to support and develop SME but added that any funding component need to address building the climate resilience of SME especially when they are vulnerable to extreme weather events such as cyclones and flooding.

The Joint ACP-EU Bureau further supported a joint proposal from Tonga, Samoa and Seychelles on Climate Change given the importance of the upcoming COP24 and the concerns raised by recently released of the report of the IPCC report ‘Global Warming of 1.5 °C

Lord Tuilakepa said that the areas endorsed by the Assembly are priorities to Tonga. He also noted that during the meetings, members raised the need to enhance the role of Parliamentarians in development of ACP countries. They also raised concerns about the poor information sharing with National Parliaments.

The meeting also endorsed the upcoming 36th Session of the Joint ACP-EU Assembly to be held in Cotonu, Benin from late November to early December 2018.

The Parliament delegation will continue on to Geneva to the 139th Assembly of the Inter-Parliamentary Union meeting from 14-18th October 2018.