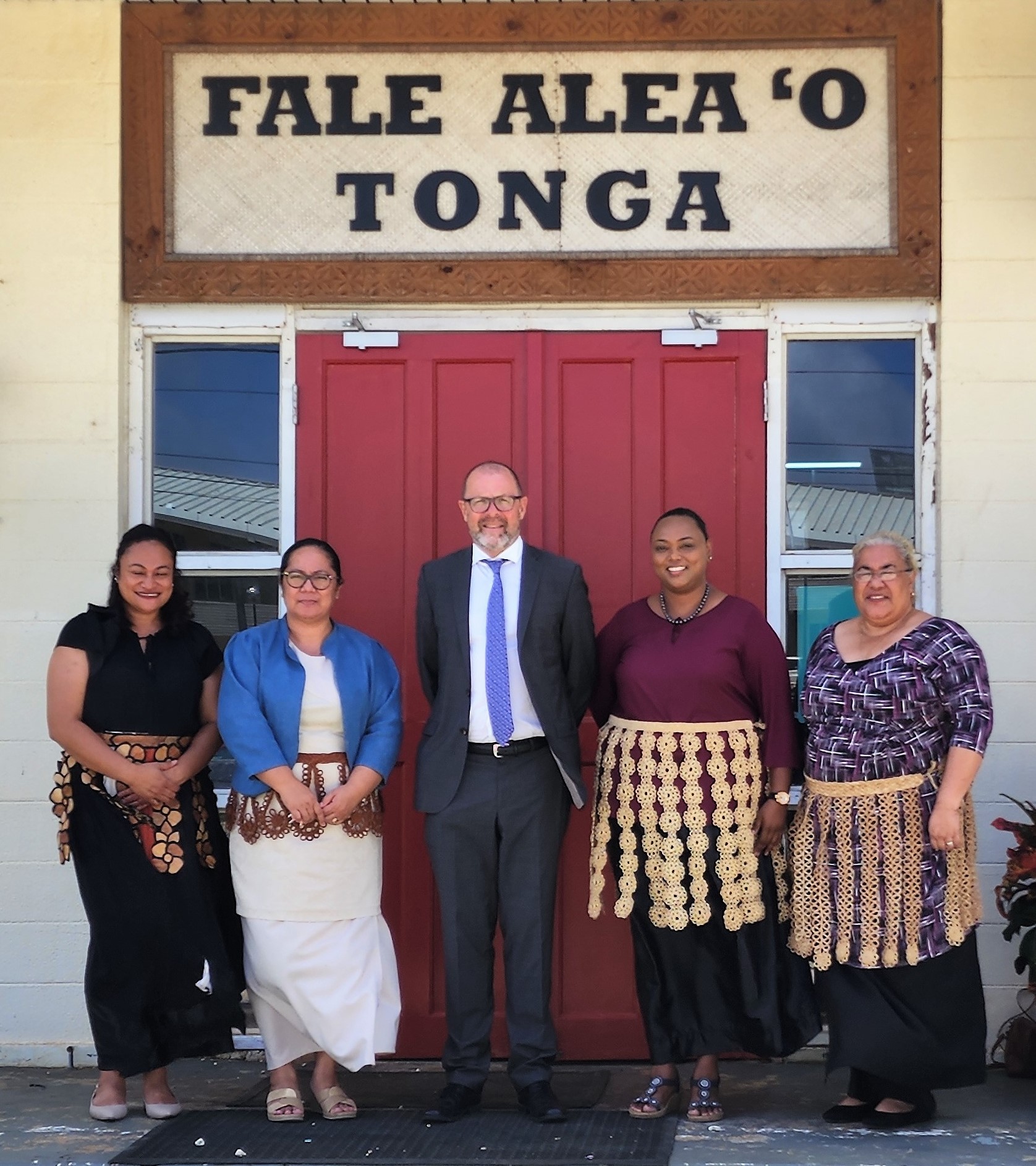 THE UNICEF Pacific Representative Mr. Jonathan Veitch this morning paid a courtesy call on the Clerk of Parliament Gloria Pole’o.

Mr. Jonathan Veitch, a citizen of the United Kingdom, was appointed to the position of UNICEF Pacific Representative in August 2021 and is based in Suva, Fiji.

The aim of the meeting today between Mr. Veitch and the Clerk of Parliament is to discuss continued partnership between UNICEF and the Legislative Assembly in initiatives like Tonga Youth Parliament which aims at getting young people’s voices heard.

UNICEF has in the past years play a supporting role in funding Tonga Youth Parliament to empower and promote young people’s participation in the political processes and getting their voices heard.

Mr. Veitch was the Deputy Director of the Private Fundraising and Partnerships Division at UNICEF, based in Geneva, responsible for the relationship with UNICEF’s 33 National Committees.

He has also served as a Senior Program Officer at the World Health Organisation in Geneva, responsible for liaison between the two organisations, especially in the Global Polio Eradication Initiative.

Mr. Veitch had also worked in Sudan as the Senior Programme Officer for UNICEF and had also spent several years working in Somalia as the UNICEF head of Central and Southern zones.

He has worked for the UN and NGOs in several other countries in Africa and Asia. Mr. Veitch holds a Master’s degree from the Fletcher School of Law and Diplomacy, Tufts University. He is married with three children and is currently in Fiji with his family.

The diplomat leaves Tonga for Fiji on Saturday.