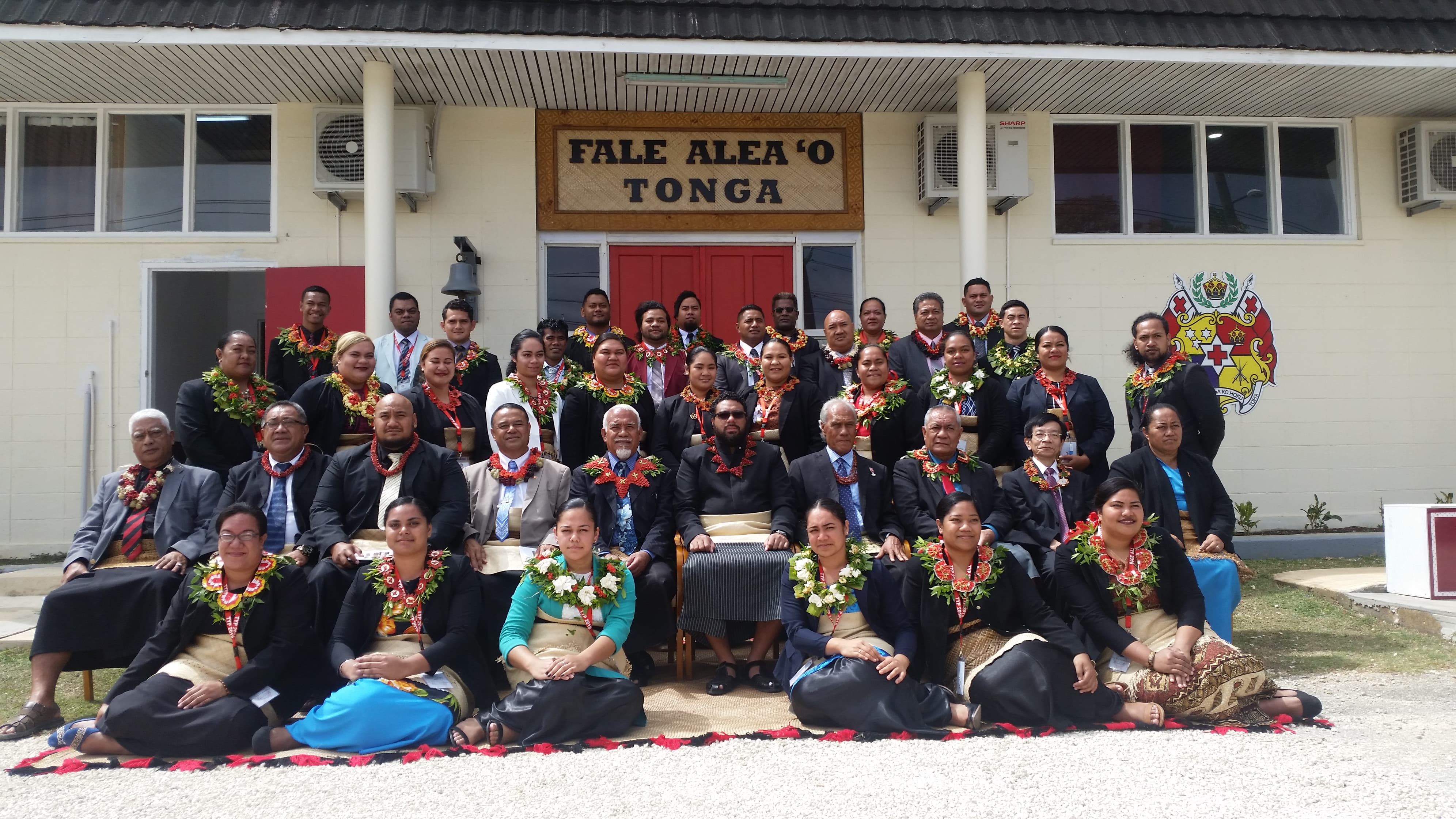 The Tonga Youth Parliament 2018 is now officially in session following the Opening Ceremony this morning at the main Chamber of the Legislative Assembly.

The Tonga Youth Parliament (TYP) draws on the theme: “Our Parliament – Bringing Parliament to You” - is designed with the main aim of encouraging Youths to actively engage in the civic process.
It is the first to be held in more than ten years and is also the very first youth parliament to be held following the reform era in 2010. 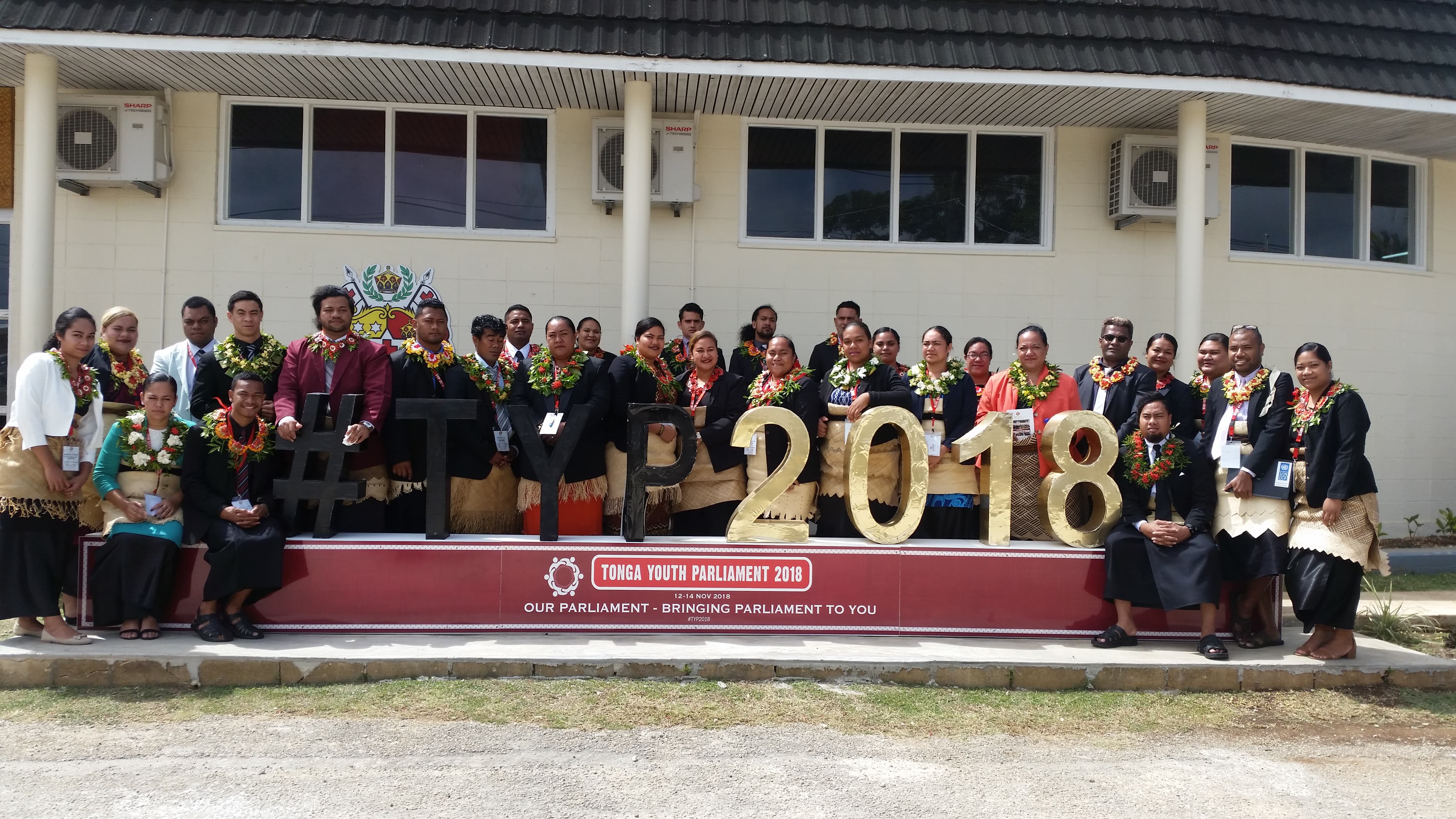 To officially open this year’s event the first female MP Her Royal Highness Princess Mele Siu’ilikutapu Fotofili through a video call advised the TYP MPs that Legislature is a law making body and therefore it is crucial they know the law. And with God’s guidance it would help them make a difference in their role as legislators.
HRH also wished them the best with their deliberation. 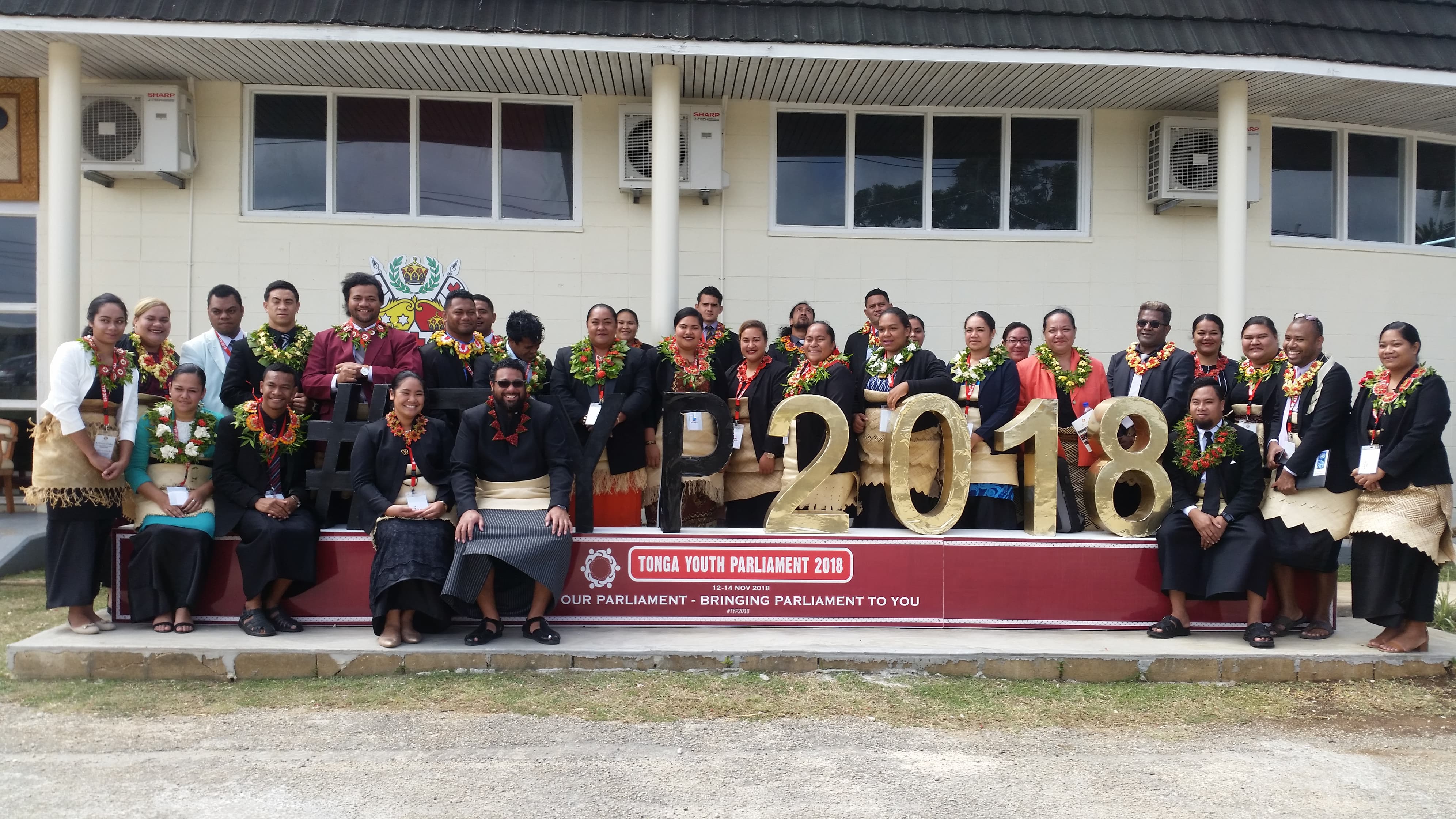 Meanwhile in his welcoming address, the Lord Speaker of the Legislative Assembly of Tonga, Lord Fakafanua stressed the importance of engaging and including youths in the democratic process.
“In 2016, our latest census report revealed that approximately 18,736 of the 100,156 population are between the ages of 15-24,” said Lord Fakafanua.
He added, “This indicates that a very significant portion of our population are young people. Hence, it  time that we introduce the voices, talents, strengths and expertise of these young people into the process of decision making.”

In the week prior to the sitting, the youth MPs were engaged in an intensive orientation programme to prepare for the sittings. During this time, they met as parliamentary committees and learned about committee processes. They were briefed on national issues from government ministries, civil society organisations and development agencies.

The 27 youth MPs aged between 15 to 33 make up an impressive representation of the cross section of Tonga’s youth.

They also personally met and drew inspiration from senior Members of Parliament as well as men and women who are considered influential leaders in their respective professions and communities.

The Youth Parliament provides a grounding for the understanding of Parliamentary practice and procedure and demystifies the process for others who may never serve in the Parliamentary Chamber.

The Lord Speaker also highlighted in his address that the Youth Parliament provides a national platform for youths to raise their concerns and enhance their participation in this process.

“As current leaders, we must help in this preparation by giving them the right tools to empower and encourage their contributions. We as leaders must share the torch with the youth of Tonga, so that we could all help guide each other along the right path,” said Lord Fakafanua.

He added, “This youth parliament will provide a national platform upon which the youth can raise their perspectives on issues of national interest and the kinds of problems that they face. It has also been our hope that we can inspire and empower our youth in leadership and decision making.”

During the three-day sitting, the youths will debate on three Bills, three Motions and one petition. The Bills include; Prohibition of Disposable Plastics Bill 2018, Illicit Drugs Control (Amendment) Bill 2018 and the Constitution (Amendment) Bill which proposes an amendment to the Act of the Constitution of Tonga which decrease the age by which persons become qualified to vote in the general election.

The single Petition called on controlling the use of social media in which Government needs to identify methods in which social media can be controlled.