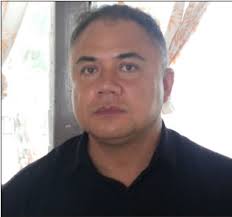 FORMER People’s Representative of Tongatapu 5 constituency has been appointed as the new Minister for Finance and National Planning effective from last Friday, 10 January 2014.

Asked for his opinion on the new job, Dr. Eke says there is nothing new as he had served in the Ministry of Finance for over 20 years before becoming a People’s Representative for Tongatapu 5,” explained Dr. Eke.

He is hopeful for a closer partnership between Government and the Legislative Assembly of Tonga to develop and build our economy.

Dr. Eke also mentioned his priority for now is to look into the rebuilding effort in Ha’apai in the aftermath of Cyclone Ian.