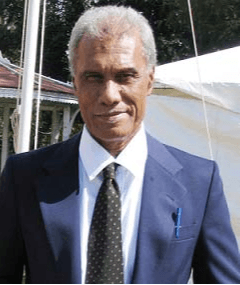 TONGATAPU 1 MP has been awarded the 2013 Defender of Democracy awards of the Parliamentarians for Global Action (PGA) in Columbia.

PGA news reports the awards ceremony was awarded by Bogota’s Mayor, Gustavo Petro to the Tongan MP on Sunday (December 8, 2013) at the Salón Huitaka, City Hall in Bogota Colombia.

The occasion was held in conjunction with PGA’s 35th Annual Parliamentary Forum.

According to PGA’s Forum website “the Defender of Democracy Award is presented to individuals who, through their own commitment and active engagement, have made significant progress in strengthening democracy and democratic practices.

The forum website also mentioned that PGA is honoring Mr. Pohiva for his distinguished work in the Tongan Parliament and for establishing the Human Rights and Democracy Movement and Democratic Party of the Friendly Islands.

“Mr. Pohiva is the longest-serving people's representative in the Tongan Parliament, having first been elected in 1987. His political career has been marked by battles with the Tongan monarchy over democracy, transparency and corruption.

In 1996, he was imprisoned for contempt of Parliament on the order of the Legislative Assembly for reporting on Parliament's proceedings. He was subsequently released after the Supreme Court ruled that the imprisonment was "unlawful and unconstitutional".

In September 2010, he established the Democratic Party of the Friendly Islands along with other Human Rights and Democracy Movement People's Representatives, in order to contest the 2010 elections.

Three members of Parliament including Lord Nuku of the Noble Representative, Tongatapu 3 constituency MP ‘Isileli Pulu and the Minister of Police, Siosifa Tu’utafaiva accompanied Mr. Pohiva to the Bogota’s event.