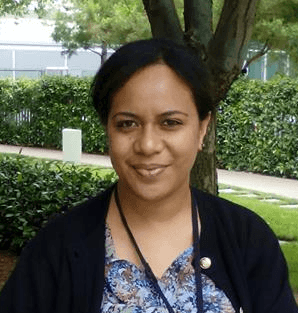 The project has three end-of-program objectives and they are:
1) Pacific women parliamentarians including Tongans are supported in their parliamentary and representational work and are better able to use parliamentary mechanisms to raise gender equality issues;

2) Pacific Parliaments Tonga included have improved mechanisms to raise and effectively consider gender equality issues and engage their communities on those issues; and

3) Parliamentary staff have improved capacity to support the gender equality work of parliaments including Tonga.
As part of the placement, Ms. ‘Atiola is expected to:

1) Design her research project, with the aid of her Supervisor, (Ms Juli Tomaras, Senior Researcher, Law and Bills Digest Section, Research Branch, Parliamentary Library) on a gender issue of relevance, identifying sources of information, scope, structure and time lines.
2) Research and draft a 2000 word research paper, to be submitted to a woman MP prior to her return.
3) Keep a personal journal of reflections and lessons learnt during the placement.
4) Attend information sessions and parliamentary briefings held at the Parliament during the Placement.
5) Improve knowledge of general parliamentary practice and research skills.

Ms. ‘Atiola’s research interest was in advancing domestic violence victim’s access to justice. In light of the recent enactment and enforcement of the Family Protection Act 2013 in Tonga.

Her research seeks to explore the barriers that are currently preventing victims’ full access to justice in our country, and discusses possible options for removing those barriers which includes the establishment of a separate Family Court and other coordinated response mechanisms to family violence.

As studies have revealed that women are overwhelmingly the victims of family violence, Ms. ‘Atiola believes that as long as women continue to live in fear of violent spouses, parents/relatives or intimate partners, they cannot fully participate in different aspects of life- both in the private and public sphere. As long as this problem is allowed to perpetuate, efforts at gender mainstreaming and gender equality and equity will continue to be undermined.

Ms. ‘Atiola was placed with the Parliamentary Library Division of the Australian Federal Parliament in Canberra for two weeks and is now currently being placed with Tonga’s Australian “twinned-parliament” in South Australia.

She joined the Legislative Assembly of Tonga in January, 2014 as a Parliamentary Research Officer under the UNDP’s Tonga Governance Strengthening Programme. Prior to that, she worked for a number of years as an Assistant Crown Counsel at the Attorney General’s Office in Nuku’alofa.