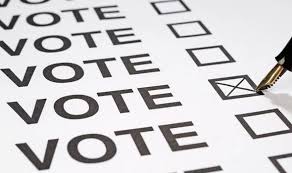 AROUND 51,500 registered voters in Tonga will go to the polls tomorrow, November 27 to elect the new Government.

This year’s general election sees 105 candidates including 16 women who are vying for the 17 People Representatives’ seats in Parliament.

The election starts at 9.00am and finishes at 4.00pm in 169 polling stations throughout Tonga.

Meanwhile Nobles will elect their own Representatives in Parliament for the next four years starting at 10.00 in the morning.

Three Noble's Representatives will be elected for Tongatapu, two for Vava’u and Ha’apai respectively and one each for ‘Eua and for the two Niuas.

There are 33 heredity Nobles in the Kingdom.

The Legislative Assembly will convene next month for the election of a new prime minister and  Speaker of the House.

The date for the reopening of Parliament is yet to be known.