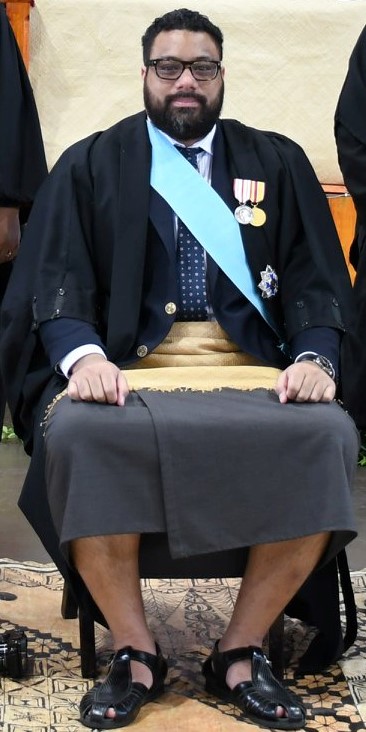 A recent amendment to clause 23 of the Constitution, introduced as a Private Member's Bill by Lord Speaker Fakafanua, has prohibited any person convicted of a criminal offence punishable for more than 3 years, to hold office or retain Government employment whether of emolument or honour.

The imposition of a three-year threshold is to reflect that the disqualification is prompted immediately following being convicted of an indicatable offence.

This is according to amendment to the Act of the Constitution of Tonga (No.2) Bill 2021 which was recently passed by the Legislative Assembly.

It also forbids any person having been convicted of a criminal offence punishable by more than 3 years imprisonment from qualifying as electors or to be eligible to be elected as People’s Representative to the Legislative Assembly.

The only exception for this disqualification is a Royal Pardon from the King and a declaration that person has been freed.

The primary objective of this Constitutional amendment is to ensure that Legislators and those receiving government salaries, emolument or honour maintain a high degree of integrity worthy of the public office they hold.

It also guarantees that qualified persons to become electors or Members of the Legislative Assembly are held to a higher standard of trustworthiness and reliability.