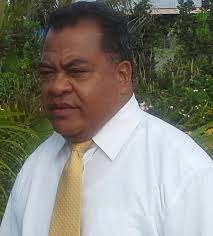 HA’APAI 12 constituency Member of Parliament has welcomed a motion for his private Bill to be further reviewed and resubmit for consideration by the House.

The Bill was tabled in Parliament last Wednesday (September 18th, 2013) in a report of the Standing Committee on Legislation.

Mo’ale Finau’s private Bill calls for the amendment of the Constitution to provide for people to elect Noble's Representatives to Parliament.

Mo’ale asked the House to further discuss the report relating to his private Bill in the Whole House Committee.

“This is because it was not tabled in accordance with the normal procedure of the House,” maintained Mo’ale Finau.

On the other hand, ‘Eua's Noble's Representative, Lord Nuku said the proposed Bill is inconsistent with clause 67 of the Constitution. He was adamant titles, inheritances and the election of the noble's representatives can never be interrelated separately.

Clause 67 of the Constitution states:

In that regard, Lord Nuku urged the Speaker if it is possible to seek legal opinion from other experts on the matter. In response, the Speaker stated that could be accomodated.

That is to note that Ha’apai 12 MP’s proposed Bill is inconsistent with clause 175 sub section 2 (a) (i & ii) & (e) of the Rules of Procedure of the Legislative Assembly of Tonga.

Clause 175 of the Rules of Procedure states that the Standing Committee on Legislation shall check Bills that are referred to it whether it conflicts with (i) the Constitution; or (ii) any existing Act or rights and 175 (2) (e) that the format is consistent with the formatting standard.

According to the Attorney General Neil Adsett’s letter, “any changes to the Constitution need to be carefully considered and preferably be accompanied by a general review of the relevant provisions of Tonga’s Constitution.

This is to ensure the whole system works and is fair, and to avoid too much tinkering with the system and ending up with confusion.”

Neil Adsett also recommended 10 things that must be attended to if Mo’ale’s private Bill is to be effective.

That includes the need for the Bill to comply with the provisions on changing the clause 79 Constitution that’s relating to agreement of the King and every member of Cabinet.

He also suggested that complementary changes must be made to the Electoral Act for example sections 9(6), 9B, 12(6) and 16(2). He added unless it is intended that different procedures will continue to apply to elections by the electors for nobles and for the people.

Regulation 2 of the Electoral (Elections of Representatives of the Nobles) Regulations 2010 must also be appropriately amended.

The Attorney General also suggested that the Electoral Boundaries Commission Act must be amended to reflect the need of the Commission. This is to determine boundaries (or constituencies) for the election of representatives of the nobles.

“The Legislative Assembly Act section 4 must be also be appropriately amended,” according to Neil Adsett.